No More Room In Hell 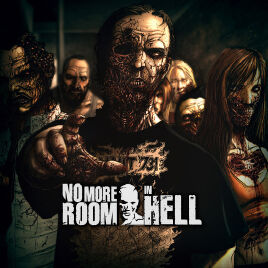 The gameplay is based around survival horror. Firearms and ammunition are limited in availability. There are two gamemodes currently: in Objective mode, the survivors must complete a series of objectives that will allow them to be rescued and the other game mode, Survival, is a wave-based survival run with supply drops and safe zones to maintain. 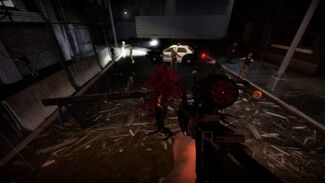 It has also been featured in Maximum PC in a two-page article about the mod, alongside two-page articles for both DayZ and The War Z in a special about the best of zombie games. NMRiH has also won the 2012 Mod of the Year from GameFront in a reader poll on Facebook. It was once again nominated in 2012 by users of ModDB for Mod of the Year, making it in to the Top 100 and subsequently placing 3rd in Player's Choice Mod of the Year. Since it failed to place higher than the previous year, attaining the same ranking as 2011, it did not make it in to the official Top Ten list and was supplanted by Cry of Fear.

Community content is available under CC-BY-SA unless otherwise noted.
Advertisement